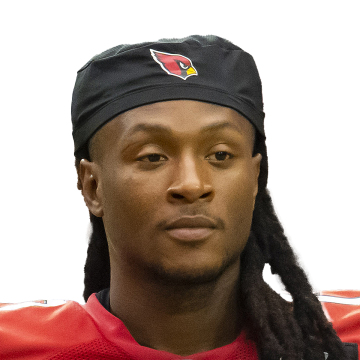 Hopkins was listed as a non-participant on Monday's estimated practice report with a hamstring injury, Darren Urban of the Cardinals' official site reports.

Hopkins has missed some practice time this season on account of a rib injury and an illness, but the hamstring issue appears to be a new concern. The wideout seemingly wasn't affected by any injury in his first matchup with his former team (Houston) this past weekend, as he corralled seven of his nine targets for 53 yards and a touchdown in the Cardinals' 31-5 victory. Arizona may just be listing Hopkins as a non-participant on its first Week 8 practice report for maintenance-related reasons, as the Cardinals face a quick turnaround with a matchup against Green Bay on tap Thursday.