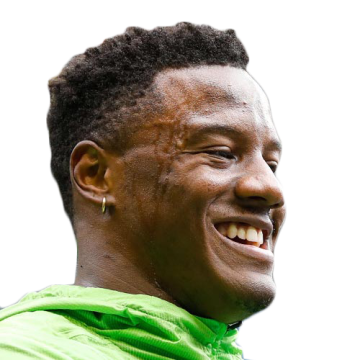 Coach Pete Carroll on Saturday suggested Carson (neck) is without a firm timetable for return, Bob Condotta of The Seattle Times reports.

Carson isn't eligible to return off injured reserve until Week 10 at the earliest so it's not entirely surprising to hear this assessment, but it's worth reiterating given the ambiguity regarding the veteran's neck injury suffered all the way back in early October. Alex Collins, DeeJay Dallas and Travis Homer have done a respectable job of covering the workload in Carson's absence, and Rashaad Penny (calf) could also contribute in the coming weeks, but without Russell Wilson (finger) the Seahawks offense has struggled to consistently move the ball regardless. Wilson is also eligible to return off injured reserve Week 10.

Head coach Pete Carroll didn't rule out the possibility of Peterson being elevated from the practice squad ahead of Sunday's game against the 49ers, Brady Henderson of ESPN.com reports.

Penny (hamstring) is listed as questionable for Sunday's game against the 49ers, John Boyle of the Seahawks' official site reports.

Collins (abdomen) is listed as questionable for Sunday's game against the 49ers, John Boyle of the Seahawks' official site reports.