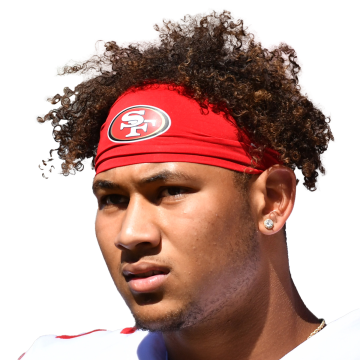 Lance (knee) has been ruled out for Sunday's game against the Colts, Cam Inman of The San Jose Mercury News reports.

Lance won't be available this week, but fellow quarterback Jimmy Garoppolo has been cleared to return from a calf injury. Both guys figure to contribute to the team this year, but Lance's Week 5 start against the Cardinals didn't exactly bolster his case for more playing time. The ankle injury also doesn't help, though it'll likely heal within the next few weeks. That said, Lance didn't practice at all this week.