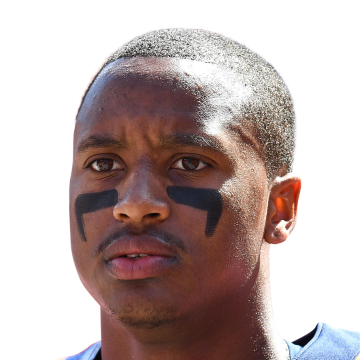 Sutton secured all five targets for 68 yards in the Broncos' 17-14 loss to the Browns on Thursday night.

The star wideout tied with Noah Fant for second on the team in receptions, and his yardage total, fueled by a team-high 31-yard grab, easily paced either club on the night. Sutton did see a notable drop from the 14 targets he'd logged Week 6 against the Raiders, but it wasn't unexpected on a night when Teddy Bridgewater only put up 33 attempts and targeted nine different players. Sutton will look to bounce back with a bump in his overall numbers against the vulnerable Washington secondary in a Week 8 home matchup a week from Sunday.

Gordon (hip/shoulder) will be listed as doubtful for Sunday night's game against Kansas City, Aric DiLalla of the Broncos' official site reports.