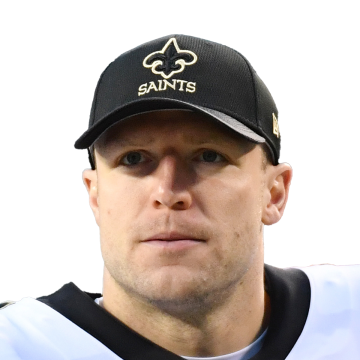 Hill was diagnosed with a concussion after exiting the Saints' Week 5 win over Washington, and despite benefiting from a Week 6 bye, the jack-of-all-trades quarterback seemingly hasn't made any tangible progress in his recovery. Not only will Hill likely need to practice in some capacity to play Monday in Seattle, but he'll also need to receive clearance from an independent neurologist before exiting the NFL's five-step concussion protocol. Hill has attempted just three passes this season while carrying 16 times, with eight of those totes coming in the red zone. As such, Hill's potential absence Monday would likely be more beneficial to top back Alvin Kamara rather than starting quarterback Jameis Winston.

The NFL announced Monday that Harris will be suspended for the next three games stemming from his DWI arrest in July, Katherine Terrell of The Athletic reports.