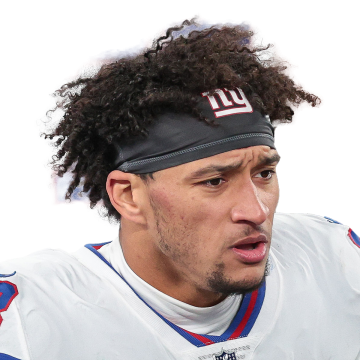 Along with Engram, Sterling Shepard (hamstring) was a new addition to Thursday's injury report, meaning that the team's top tight end, top running back and top four receivers were either non-participants or limited participants in the Giants' penultimate practice of the week. While Engram's lack of reps Thursday is clearing a discouraging sign for his chances of playing Sunday against the Panthers, he would be able to quell at least some of the concerns about his availability by returning to the field Friday as a limited or full participant. If Engram can't play Week 7, Kyle Rudolph would likely step in as the Giants' starting tight end. It's worth noting that Engram missed the Giants' first two games of the season with a calf injury, but it's unclear if he's dealing with a related setback or a new concern this time around.

Coach Joe Judge said Jones (neck) hasn't been cleared for contact work and has been ruled out for Sunday's game at Miami, Dan Salomone of the Giants' official site reports.