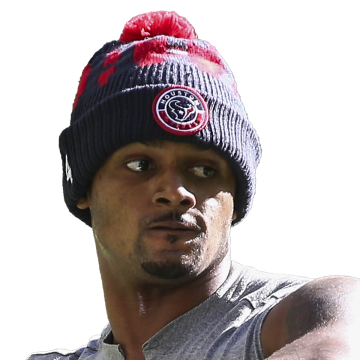 Watson has been linked to the Dolphins for months, but Miami's interest in the three-time Pro Bowl quarterback reportedly has picked up after the team took its fifth straight loss last weekend in London to the previously winless Jaguars. According to McClain, Houston general manager Nick Caserio has been asking for three first-round and two second-round draft picks in return for Watson, who has a no-trade clause and would need to approve any deal. Due to Watson's desire to be traded in addition to the ongoing investigations he faces from both the league and law enforcement after 22 civil lawsuits were filed against him over the past several months, Houston has kept the 26-year-old inactive all season.

Gets questionable tag for Week 13

Cooks (illness) is listed as questionable for Sunday's game against the Colts.

Conley (illness) is officially listed as questionable for Sunday's game against the Colts.

Johnson (illness/thigh) is listed as questionable for Sunday's game against the Colts.

Listed as DNP on practice estimate

Johnson (illness/thigh) was listed as a non-participant on Wednesday's practice estimate.