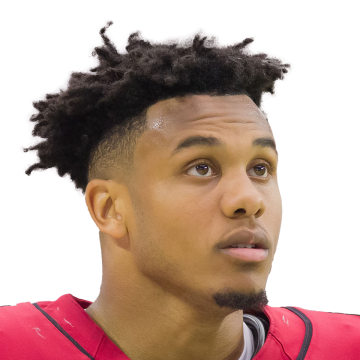 Moore has slowly but surely built up his offensive snap count as his rookie campaign has gone on, culminating with a season-high 58 percent share Week 6. Still, he ranked fourth in the category among Cardinals wide receivers behind A.J. Green (91), DeAndre Hopkins (89) and Christian Kirk (85). Moore's six touches fall smack dab in the middle of his range to date (3-to-8) and just above his 5.5 per game. With so few looks, he has to make the most of them on a weekly basis, making it difficult to know when exactly he'll hit.