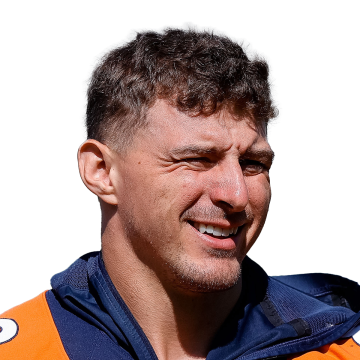 Saubert secured three of his five targets for 23 yards in Sunday's loss to the Raiders.

With Albert Okwuegbunam (hamstring) placed on IR, Saubert saw his first action as Denver's No. 2 tight end. Unfortunately, that didn't equate to much in the way of production behind starter Noah Fant. Saubert played on just 35 percent of the Broncos' offensive snaps. With Okwuegbunam sidelined, Saubert will likely continue to see increased playing time behind Fant, but he will remain far off the fantasy radar with so many mouths to feed in the Denver passing attack. Up next for the Broncos is a Thursday night showdown with the Browns in Week 7.