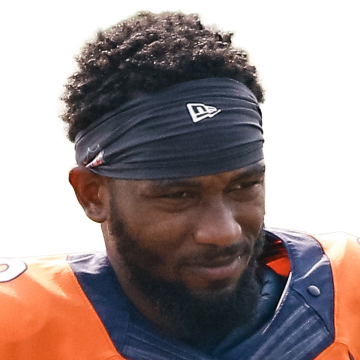 Hinton caught all five of his targets for 37 yards in Sunday's 34-24 loss to the Raiders.

Hinton had a relatively quiet outing on a day when the Broncos trailed the Raiders for the majority of the contest. The 24-year-old remained the third wideout in the pecking order behind Courtland Sutton and Tim Patrick, playing on 63 percent of Denver's offensive snaps. With fellow receiver Jerry Jeudy set to make his return to field in the near future, Hinton's chances for fantasy production may be coming to an end soon. Next up for the Broncos is a matchup with the Browns on Thursday night.