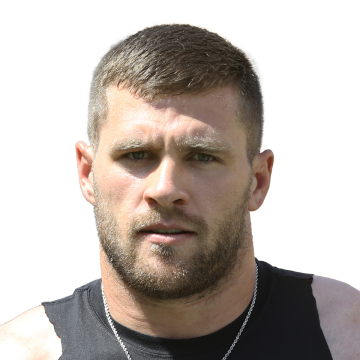 Watt tallied a season-high seven tackles and added two sacks, three pass breakups and a forced fumble Sunday in the Steelers' 23-20 overtime win over the Seahawks.

Expect Watt to garner consideration for AFC Defensive Player of the Week honors after he recorded three of his seven tackles -- including his sixth and seventh sacks of the season -- for loss. Perhaps more significantly, he delivered the game's most pivotal play on the second of the two sacks, stripping the ball from Seattle quarterback Geno Smith late in overtime while Pittsburgh linebacker Devin Bush recovered the fumble. Just over a minute later, Chris Boswell converted on a 37-yard field-goal attempt to get the Steelers back to .500. Heading into Week 7 action, Watt trails only Cleveland's Myles Garrett (eight) for the NFL sack lead.