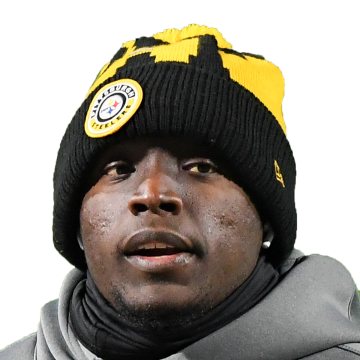 Washington hauled in his lone target for nine yards in Sunday's 23-20 win over the Seahawks.

The 2018 second-rounder returned to the field against the Seahawks after he missed last week's game due to a groin injury. Even though the Steelers were playing without JuJu Smith-Schuster (shoulder) in Week 6, Washington played just eight offensive snaps in the overtime win. Washington should see an uptick in playing time with Smith-Schuster out for the season, but Ray-Ray McCloud saw the biggest jump in playing time Sunday and was on the field for 52 offensive snaps.