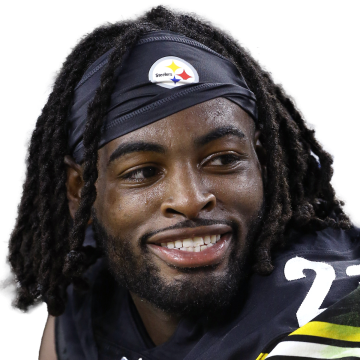 Harris rushed 24 times for 81 yards and caught six of seven targets for 46 yards and a touchdown in Sunday's 23-20 overtime win over the Seahawks.

It wasn't pretty, as the rookie back had to grind for nearly every yard in this contest (3.4 yards per carry). The sheer volume of touches Harris received (30 total) helped buoy the bruising back to a big fantasy output. The first-round pick from this year's draft has turned into quite the dual-threat right off the bat, contributing 34 receptions and two receiving scores through six games to go along with his solid rushing production. Harris and the rest of the Steelers will get to rest on the upcoming bye before taking on the Browns in Week 8.