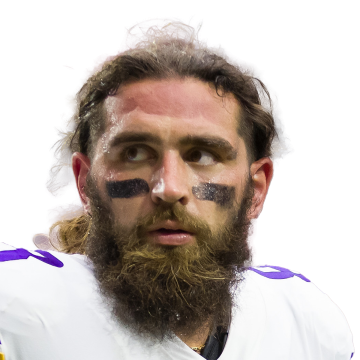 Conklin surpassed his previous single-game high in yards this season by one yard, doing most of his damage on a big 40-yard play. The 26-year-old remains the starting tight end for Minnesota, but his lack of targets (five per game) and red zone looks (just three this season) caps his fantasy potential. However, Conklin appears to be a solid bye week fill-in once he returns from Minnesota's upcoming bye week due to his consistent, albeit low, usage.