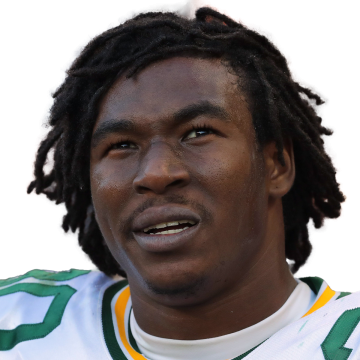 Bottled up by Bengals

Williams rushed four times for 11 yards and caught his only target for minus-two yards during Sunday's 34-11 loss to the Bengals.

Entering the game with a hip injury, Williams logged a season low in carries while D'Andre Swift saw 20 combined targets and rushing attempts. While the impending return of Taylor Decker (finger) could boost the Detroit rushing game in the near future, the season-ending loss of Frank Ragnow (toe) will continue to be difficult to recover from. Regardless, Williams likely will remain in the back seat to the receiving-proficient Swift, and his fantasy outlook could diminish if Detroit can't find ways to remain competitive most weeks.