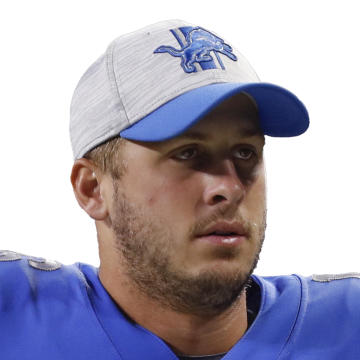 Goff completed 28 of 42 passes for 202 yards and one interception during Sunday's 34-11 loss to the Bengals.

Goff's throwaway on 4th-and-4 at one point in the second quarter was emblematic of how this day went for the Lions. In fact, the final score probably overstated the success Goff found while directing the offense, considering Detroit didn't find the end zone until late in the fourth quarter when they were already down 34-3 -- and after Cincinnati's backup had already thrown more touchdown passes than Goff would for the entire game. However, head coach Dan Campbell said afterword that it isn't a consideration to bench Goff at this point, per Dave Birkett of the Detroit Free Press, so look for the embattled signal-caller to be back under center in Week 7 in his return to Los Angeles to take on his former team.