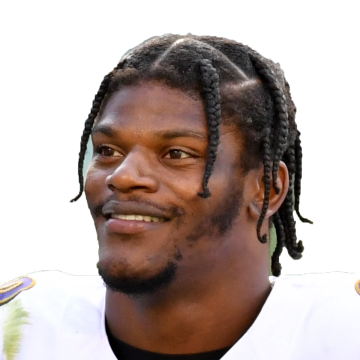 Jackson completed 19 of 27 passes for 167 yards, one touchdown and two interceptions in Sunday's 34-6 win over the Chargers. He added 51 yards on eight rushing attempts.

The Ravens raced out to a 17-0 lead but Jackson briefly let the Chargers back into the game by throwing an interception one play after Baltimore's defense intercepted Justin Herbert. Los Angeles got into the end zone two plays later to cut into Baltimore's lead before halftime, but Jackson bounced back in the third quarter with a nine-yard touchdown pass to Mark Andrews. With the defense and running game dominating, Jackson's pedestrian passing performance didn't keep the Ravens from blowing out a Chargers team that also came into the game with a 4-1 record. Up next for Jackson will be a Week 7 home date with the Bengals.