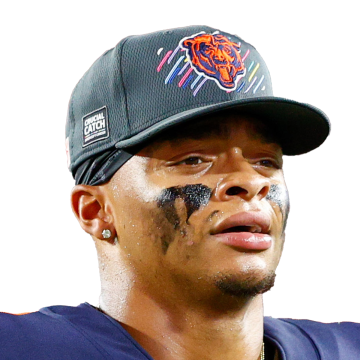 Fields led the Bears on an opening drive that resulted in a Khalil Herbert rushing score. Afterwards, he was under heavy pressure most of the afternoon, and he wasn't able to engineer another scoring drive until Chicago was trying to come back in the fourth quarter. Unless he begins to show improvement, he'll only be a lineup consideration in leagues that start two quarterbacks.

Goodwin (foot/ribs) was held out of practice Thursday.

Robinson (hamstring) was a non-participant at practice Thursday.

No practice due to foot/ribs

Kmet (groin) was a non-participant at Wednesday's practice.

Coach Matt Nagy didn't sound optimistic when asked about a potential 2021 return for Cohen, who has suffered setbacks in his recovery from a torn ACL, even requiring additional surgery, Adam Jahns and Kevin Fishbain of The Athletic report.