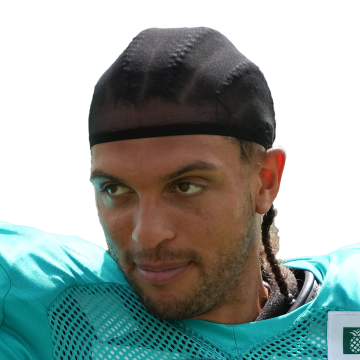 Hollins is expected to take on an expanded role at receiver for the Dolphins during Sunday's game in London against the Jaguars with DeVante Parker (shoulder/hamstring) and Preston Williams (groin) inactive for the contest, Omar Kelly of the South Florida Sun Sentinel reports.

Will Fuller (finger) also remains on injured reserve, so Miami will be without three of its top four receivers Week 6. Jaylen Waddle is locked in as quarterback Tua Tagovailoa's top target at the position, but it's unclear who among Hollins, Albert Wilson, Isaiah Ford and Kirk Merritt might start alongside the rookie first-round pick. Given that Ford and Merritt were recently called up from the practice squad, Wilson and Hollins would appear to be first in line for reps alongside Waddle, though Kelly notes that Miami is also expected to deploy more two-tight end sets than usual. Hollins drew his first pair of targets of the season in last week's loss to the Buccaneers, recording a 10-yard reception.