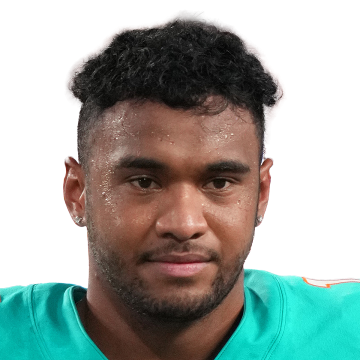 Tagovailoa (ribs) was activated off injured reserve Saturday and will start Sunday against the Jaguars, John Shipley of SI.com reports.

This confirms the optimism both Tagovailoa and coach Brian Flores expressed throughout the week. The 23-year-old is thus set to make his return after the three-week minimum stay on injured reserve. While the team did list him as questionable on the injury report post activation with a ribs injury, he's still expected to start, according to Doug Kyed of Pro Football Focus. He'll aim to turn around what has been a stagnant offense under backup Jacoby Brissett, though the second-year signal caller won't have two of his top two options in the form of Will Fuller (finger) and DeVante Parker (shoulder).