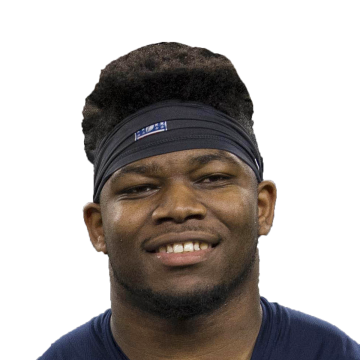 While Penny has been dealing with a strained calf since the season opener, the Seahawks didn't place him on IR until just before Week 4. Thus, his time away from practice started ticking at that point, and Sunday's game in Pittsburgh will mark his third that he'll be on the reserve list. Elsewhere in the backfield, starter Chris Carson (neck) himself may be going to injured reserve soon, meaning Penny could get back in the mix as soon as Week 7 against the Saints if he proves his health, beginning next Thursday. In the meantime, Alex Collins will handle early downs for Seattle, with DeeJay Dallas and Travis Homer around for any RB work that lingers.

Collins rushed seven times for 14 yards and caught his only target for 13 yards but lost a fumble in Monday night's 17-15 loss to Washington.

Wilson completed 20 of 31 passes for 247 yards and two touchdowns in Monday night's 17-15 loss to Washington. He also rushed twice for 16 yards.

Metcalf caught one of four targets for 13 yards in Monday night's 17-15 loss to Washington.