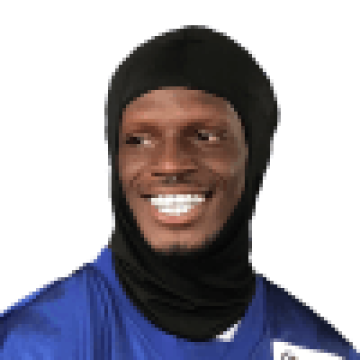 Questionable, but should play

Toney (ankle) is listed as questionable for Sunday's game against the Rams, though "all signs point to him playing," according to Dan Duggan of The Athletic.

Toney and Sterling Shepard figure to take two of the top three receiver spots, with the other potentially going to Darius Slayton, who is listed as questionable after missing the past two weeks with a hamstring injury. Kenny Golladay (knee) is officially ruled out, while John Ross gives the team a deep-threat alternative if Slayton is out or limited (or even if he's not). It's a messy situation ahead of a difficult matchup with the Rams, but it's possible the chaos works in Toney's favor again, following a 10-189-0 receiving line on 13 targets in the Giants' Week 5 loss to Dallas.

Looks set for another absence

Jones (neck) is considered likely to miss the Giants' Week 14 game against the Chargers, Ralph Vacchiano of SNY.tv reports.

Golladay was forced out of Sunday's game against the Dolphins with a rib injury, Ralph Vacchiano of SportsNet New York reports.