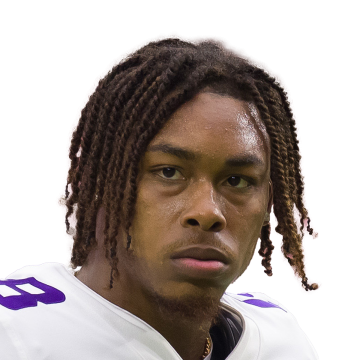 There was some concern about Jefferson and Adam Thielen (foot) after both missed practice Wednesday and Thursday, but it turns out the Vikings offense is in good shape for Sunday with all 11 starters set to play. Jefferson has mostly seemed indifferent to matchups to this point in his career, but he does get a decent challenge this weekend against a Panthers defense that ranks second in DVOA against the pass (albeit with a downward trent in recent weeks).