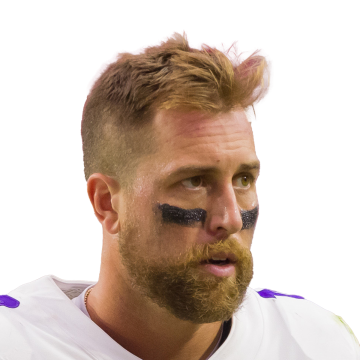 For the second straight day, both Thielen and fellow starting wideout Justin Jefferson (ankle) were labeled as non-participants in practice, despite both being spotted on the field and in uniform during the open portion of Thursday's session. The fact that Thielen and Jefferson were both present at the facility and taking part in work off to the side can at least be taken as a positive, though both will likely need to log limited participation in Friday's practice for fantasy managers to feel more confident that the two will suit up Sunday in Carolina. With four touchdowns through five games on the heels of a 14-TD 2020 campaign, Thielen remains Kirk Cousins' favorite red-zone option, but Jefferson has seemingly supplanted the veteran as the top overall target in the passing game.

Should have role on offense

Vikings head coach Mike Zimmer hinted that Nwangwu will have a role on offense Sunday against the Lions with top back Dalvin Cook (shoulder) ruled out for the contest, Chad Graff of The Athletic reports.

The Vikings have ruled Cook (shoulder) out for Sunday's game against the Lions.

Cook (shoulder) was listed as a non-participant on Wednesday's estimated injury report.