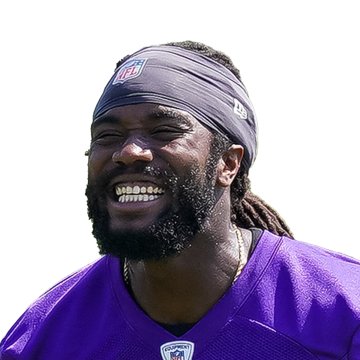 Cook has operated with limitations on his practice reps since Week 2 prep due to a right ankle sprain suffered in that contest. He made just one appearance over the past three games -- 11 touches for 44 total yards Week 4 against the Browns -- while Alexander Mattison earned spot starts in the other two games. Mattison himself is dealing with a shoulder injury, which didn't allow him to practice Wednesday before he returned as limited Thursday. Cook is poised to retake the reins of the Vikings backfield Sunday in Carolina, but it remains to be seen if Mattison will be his primary backup.

Osborn had six receptions for 78 yards on seven targets, including a game-winning 27-yard touchdown in overtime in Sunday's win at Carolina.

Just three carries with Cook back

Mattison had three carries for 10 yards in Sunday's win at Carolina.

Cousins completed 33 of 48 pass attempts for 373 yards and three touchdowns in Sunday's 34-28 overtime win over the Panthers.