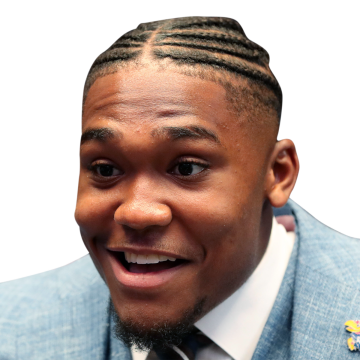 Herbert is the leading candidate to serve as Chicago's lead back Sunday against the Packers after the Bears placed Damien Williams (foot/knee) on the reserve/COVID-19 list Thursday, Jason Lieser of the Chicago Sun-Times reports.

The Bears haven't indicated whether Williams tested positive for the virus, but he'll likely face an uphill battle to clear all of the NFL's health and safety protocols with less than 72 hours to go before Sunday's 1 p.m. ET kickoff. After David Montgomery (knee) was placed on injured reserve ahead of the Week 5 win over the Raiders, Williams drew the start, but Herbert saw a surprising level of involvement in the No. 2 role. Herbert played 52 percent of the offensive snaps in the win, finishing with 75 yards on 18 carries. He didn't draw any targets last week and wasn't much of a pass catcher in college, so Herbert may cede third-down duties to Ryan Nall, or potentially another running back who has yet to be added to the roster. Regardless, the prospect of Herbert likely handling the lead role on the ground should be reason enough to scoop him up off the waiver wire in deeper leagues where he's available.

Kmet caught four passes for 49 yards in the Bears' 24-14 loss to the Packers on Sunday.

Mooney caught five passes for 45 yards and a touchdown in the Bears' 24-14 loss to the Packers on Sunday.