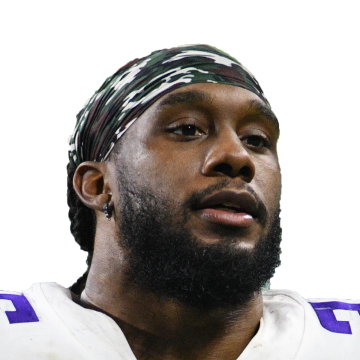 After logging a DNP to begin Week 6 prep, Mattison seemed to be matching what Dalvin Cook (ankle), who was limited Wednesday, did one day later. If both end up with LP next to their names on Thursday's injury report, the Vikings could be trending toward a direction where it's the usual backfield Sunday at Carolina, with Cook as the No. 1 and Mattison on hand as his top backup. In any case, the activity level for Cook and Mattison will be known later Thursday.

Should have role on offense

Vikings head coach Mike Zimmer hinted that Nwangwu will have a role on offense Sunday against the Lions with top back Dalvin Cook (shoulder) ruled out for the contest, Chad Graff of The Athletic reports.

The Vikings have ruled Cook (shoulder) out for Sunday's game against the Lions.

Cook (shoulder) was listed as a non-participant on Wednesday's estimated injury report.