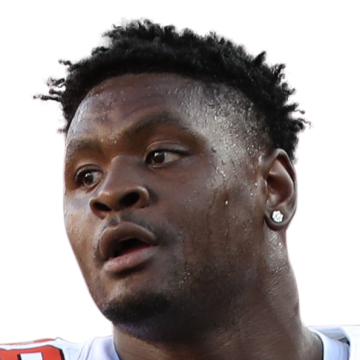 Harris and Darrell Daniels are expected to step into elevated roles beginning with Sunday's game at Cleveland after top tight end Maxx Williams was placed on injured reserve Wednesday with a season-ending knee injury, Darren Urban of the Cardinals' official site reports.

In addition to Harris and Daniels, the Cardinals have Richard Rodgers as an option at tight end on the practice squad, and the team could also look to supplement its depth at the position through the trade market. Before sustaining the knee injury in the Week 5 win over the 49ers, Williams had surprisingly emerged as a key piece in the Arizona passing attack, tallying 16 receptions for 193 yards and a touchdown through the first five games. Neither Daniels nor Harris are expected to see that level of involvement in the passing game, but of the two, Harris might offer more upside from a fantasy perspective. Since entering the NFL in 2017, Daniels has mainly handled a blocking role, logging only 29 targets in 50 career games. The 30-year-old Harris, meanwhile, has put together a 79-799-9 line on 152 targets over 106 career contests, with all three of his 2021 targets coming on just 22 snaps Week 1 against the Titans.

Leading receiver for Cards in win

Green caught five of six targets for 79 yards and a touchdown in Sunday's 37-14 win over the Browns.

Conner carried the ball 16 times for 71 yards and caught his only target for zero yards in Sunday's 37-14 win over the Browns.