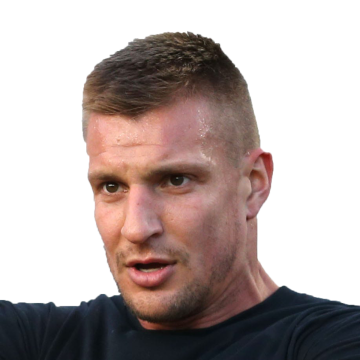 Ruled out for Thursday night

Gronkowski (ribs) has been ruled out for Thursday's game in Philadelphia, Mike Garafolo of NFL Network reports.

With Gronkowski out for a third straight game, Cameron Brate and O.J. Howard are likely to continue rotating at tight end. Gronkowski hasn't practiced for three weeks since suffering multiple internal injuries, but the Bucs haven't ruled him out beyond Week 6. He'll now have some extra time to recover before Tampa's next game Oct. 24 against the Bears.

Gronkowski (ribs) was a non-participant at Thursday's practice.

Howard didn't practice Wednesday due to an ankle injury.

Brown was held out of practice Wednesday due to an ankle sprain, Rick Stroud of the Tampa Bay Times reports.

No targets in Week 6 win

Johnson did not log a target over 12 snaps in the Buccaneers' 28-22 win over the Eagles on Thursday night.

Outpaced by Howard in win

Brate brought in three of four targets for 26 yards in the Buccaneers' 28-22 win over the Eagles on Thursday night.

Jones rushed five times for 20 yards and secured his only target for nine yards in the Buccaneers' 28-22 win over the Eagles on Thursday night.

Held to two catches in win

Evans secured two of four targets for 27 yards in the Buccaneers' 28-22 win over the Eagles on Thursday night.