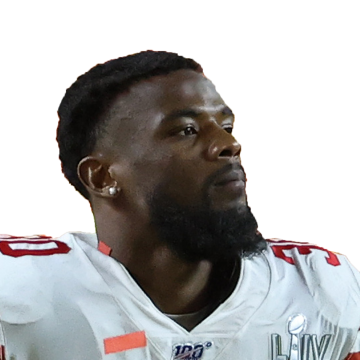 Back on Sept. 15, David Lombardi of The Athletic relayed that the 49ers were hoping Wilson would be back around mid-season, which falls in late October/early November. Barrows' latest report would seem to suggest that Wilson isn't progressing in his recovery from meniscus surgery quite as fast as the team initially anticipated, as a Week 11 game in Jacksonville on Nov. 21 now looks like the earliest potential date for the running back to make his 2021 debut. Wilson's continued absence should give rookie Elijah Mitchell at least a one-month window to build his job security as the 49ers' No. 1 back. Mitchell played 40 of a possible 59 offensive snaps (68 percent) in last week's loss to the Cardinals, while backups Trey Sermon (two snaps), Trenton Cannon (zero) and Jacques Patrick (zero) barely factored into the game plan.

Garoppolo (calf) will be limited at Wednesday's practice, Nick Wagoner of ESPN.com reports.