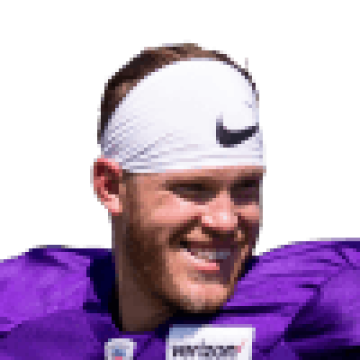 Catches one pass in loss

Rudolph caught his only target for 14 yards in Sunday's 44-20 loss to the Cowboys.

Rudolph played 60 percent of the Giants' offensive snaps, his highest mark since starting tight end Evan Engram returned to the lineup Week 3. Despite the Giants trailing throughout the contest, the 31-year-old didn't see much involvement in the passing game. With Engram clearly ahead of him in the pecking order at tight end, Rudolph remains off the fantasy radar heading into a Week 6 matchup with the Rams.

Golladay (knee) wasn't on the field for Wednesday's practice and was instead working off to the side with trainers, Jordan Raanan of ESPN.com reports.