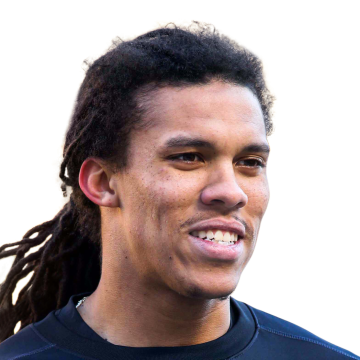 The Texans signed Moore off their practice squad Tuesday.

Previously elevated from the practice squad ahead of the team's Week 5 loss to the Patriots, Moore was immediately thrust into a regular spot in Houston's three-receiver sets alongside Brandin Cooks and Chris Conley. The 28-year-old made quite an impression in only his second game with Houston, finishing with five receptions for 109 yards and a touchdown on five targets. The breakout performance should be enough to keep Moore involved in the game plan Sunday in Indianapolis, but he may end up seeing a smaller share of the snaps if slot specialist Danny Amendola (thigh) is cleared to return from a three-game absence.

Collins was a limited participant in Thursday's practice due to a foot injury.

Conley (neck) was a limited participant in Thursday's practice.

Conley (neck) was a limited participant at Wednesday's practice.

Set for another start

Conley suffered a neck injury during Sunday's loss to the Colts but returned to the game, Mark Lane of USA Today reports.

Brown caught two of three targets for eight yards in Sunday's 31-3 loss to the Colts.