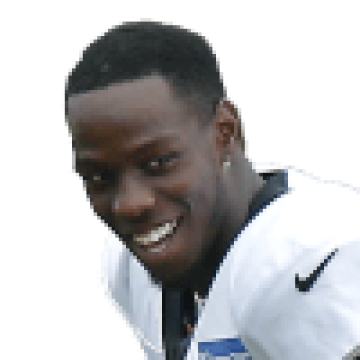 Catches one pass in loss

Ross caught one of five targets for 13 yards in Sunday's 44-20 loss to the Cowboys.

Ross' offensive snap percentage jumped to 60 percent in Week 5, up 16 percent from New York's Week 4 win over the Saints. This increase in playing time could likely be attributed to the piling injuries to the Giants' pass catchers. With Sterling Shepard and Darius Slayton already out with hamstring injuries, Kenny Golladay suffered a knee injury during the game that will keep him sidelined for at least Week 6. Ross, after scoring a touchdown in Week 4, was relied on a bit more in the game against the Cowboys. Unfortunately, he was unable to do much with the five targets that came his way. It was his teammate, rookie Kadarius Toney, who made the most of his increased opportunities Sunday. Nontheless, the 25-year-old speedster may continue to see his snap percentage grow with the Giants shorthanded on offense when the team hosts the Rams in Week 6.