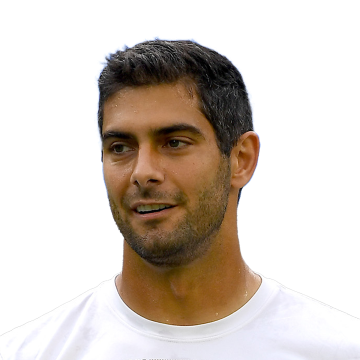 Lance's injury is believed to be nothing more than a 1-to-2 week deal, but he'll be examined again at the end of this week to get a picture of his health. Meanwhile, Garoppolo continues to recover from a bruised calf suffered Week 5, which allowed Lance to direct the offense in each of the 49ers last six quarters. There's an expectation Garoppolo regains his status as San Francisco's starting quarterback when he's back to 100 percent, and he may do just that Week 7 versus the Colts now that both he and Lance are under the purview of the team's medical staff. If neither Garoppolo nor Lance gain clearance, though, Nate Sudfeld could be tasked with a spot start on Sunday, Oct. 24.