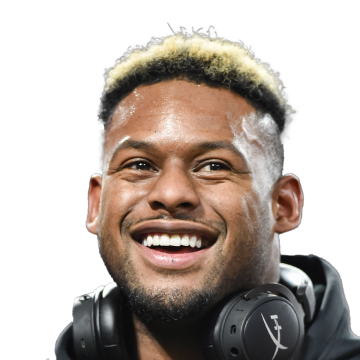 Could miss rest of season

The Steelers fear Smith-Schuster (shoulder) will miss the rest of the season, Gerry Dulac of the Pittsburgh Post-Gazette reports.

Smith-Schuster was clearly in pain after his exit from Sunday's 27-19 win over the Broncos, and it sounds like he's now in danger of needing season-ending surgery on his injured shoulder. While he's averaging only 25.8 yards per game this year, Smith-Schuster did see either seven or eight targets in three of his first four games this season, and his upcoming absence could lead to more slot work for both Diontae Johnson and Chase Claypool. The 24-year-old Smith-Schuster is on a one-year contract, scheduled for unrestricted free agency in the offseason.