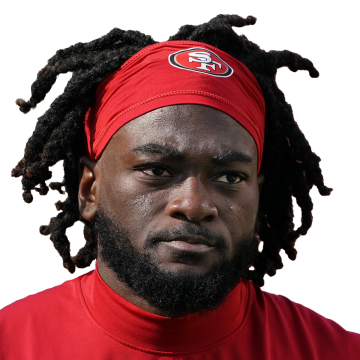 Aiyuk's four targets was a decent level of activity in a game in which the 49ers attempted only 28 targeted passes, but it required George Kittle (calf) to sit out for Aiyuk to draw that usage. Deebo Samuel saw nine targets, and Aiyuk's four were tied by fullback Kyle Juszczyk. Aiyuk's strong rookie season and collegiate career give reason to believe in his talent, but for whatever reason the 49ers just haven't made him a central part of their offense through five games. Perhaps that will change after the bye -- San Francisco's 2-3 record is arguably reason for coach Kyle Shanahan to reconsider the current arrangement.