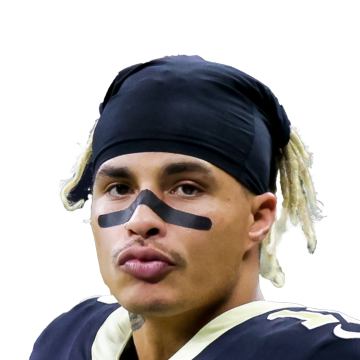 Does little with five targets

Stills caught two of five targets for 17 yards in Sunday's 33-22 win over Washington. He also gained one yard on his lone carry.

Finally signed to the 53-man roster this weekend after bouncing on and off the practice squad the prior two weeks, Stills saw a season high in looks from Jameis Winston but wasn't able to do much with the volume. He has three catches for 34 yards through three games, but his spot on the depth chart could be tenuous with both Michael Thomas (ankle) and Tre'Quan Smith (hamstring) eligible to rejoin the lineup after the Saints' Week 6 bye.

Hill (foot) was a full participant in Monday's practice.

Ingram (knee) was a full participant in Monday's practice.

Kamara (knee) was a limited participant in Monday's practice.

Works with No. 2 offense

Siemian was working with the Saints' No. 2 offense during Monday's practice session, Ian Rapoport of NFL Network reports.

Hill (foot) has been dealing with a plantar fascia injury, Jeff Duncan of The Athletic reports.

No targets in Trautman's absence

Johnson was not targeted during Thursday's 31-6 loss to the Bills.

Callaway caught two of four targets for 24 yards during Thursday's 31-6 loss to the Bills.