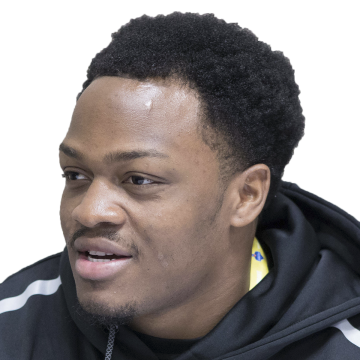 Big game on the ground

Robinson ran for 149 yards and one touchdown on 18 carries against Tennessee on Sunday.

Robinson couldn't draw any usage as a pass catcher as his one target resulted in a catch for minus-two yards. Although that makes two games in a row with minus-two receiving yards, Robinson again demonstrated his standout ability with the football by running through the Tennessee defense with ease. While his final line was mostly propelled by a 58-yard carry in the first quarter, his 91 yards on the other 17 carries illustrates his consistency aside from that big play. The Jaguars remain winless, but Robinson is their most effective player on offense and in recent weeks he's steadily built up momentum, scoring in three straight. The Dolphins have struggled to stop the run this year, and they face Robinson in Week 6.

O'Shaughnessy caught two of six targets for 13 yards during Sunday's 37-7 loss to the Rams.

Shenault caught three of five targets for 30 yards and carried three times for one yard during Sunday's 37-7 loss to the Rams.

Treadwell caught four of five targets for 62 yards during Sunday's 37-7 loss to the Rams.

Jones caught two passes for 11 yards on three targets against the Rams on Sunday.

Lawrence completed 16 of 28 passes for 145 yards against the Rams on Sunday.

Hyde ran for 24 yards and one touchdown on nine carries against the Rams on Sunday.

Robinson ran for 24 yards on eight carries against the Rams on Sunday.

Robinson (heel/knee) is listed as active for Sunday's game against the Rams, John Oehser of the Jaguars' official site reports.

Plans to suit up Week 13

Robinson (heel/knee), who is listed as questionable for Sunday's game against the Rams, plans to try and play, Adam Schefter of ESPN reports.

Robinson (heel/knee) is viewed as a game-time decision ahead of Sunday's contest against the Rams, Ian Rapoport of NFL Network reports.