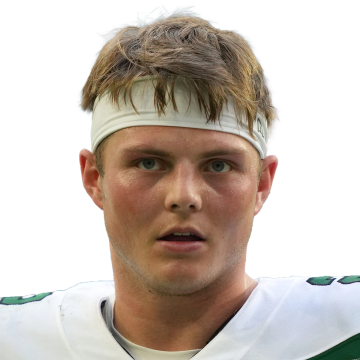 Wilson completed 19 of 32 passes for 192 yards, no touchdowns and one interception in Sunday's loss to the Falcons.

Wilson suffered through a horrific first half in which he mustered only 42 passing yards and threw an interception. He improved in the second half, leading the Jets' offense to two touchdowns and a field goal. However, the drives were capped by a running back on each occasion, which left Wilson without a touchdown for the third time in five games this season. The Jets will head into their bye in Week 6 and will return to action in Week 7 against New England.

Likely out for Week 13

Coach Robert Saleh said Wednesday that Cole (undisclosed) isn't in line to be available for Week 13 after having been placed on the reserve/COVID-19 list, Connor Hughes of The Athletic reports.

Coach Robert Saleh announced on Monday that Wesco (ankle) is expected to miss 2-to-4 weeks.