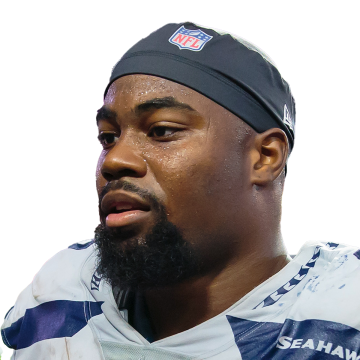 Davis recorded 13 rushes for 53 yards and a touchdown in Sunday's win over the Jets. He added two receptions for eight yards.

Davis was overshadowed by Cordarrelle Patterson for large stretches of the game, and Davis ended up seeing one fewer carry and six fewer touches overall compared to Patterson. Davis also had to come overcome a lost fumble that occurred late in the third quarter, though the team showed little hesitation turning to him in subsequent possessions. He did the majority of his damage on the ground on a 17-yard rush midway through the third quarter and on a three-yard touchdown plunge that ultimately clinched a win for Atlanta. Davis continues to cede work to Patterson, but he has surpassed 60 total yards in four of five games this season and has found the end zone in consecutive contests. He and the Falcons will head into a Week 6 bye and will return for a Week 7 matchup against Miami.

Davis rushed five times for 16 yards and caught three of four targets for 25 yards in Sunday's 21-14 win over the Jaguars.

Pitts caught two of six targets for 26 yards in Sunday's 21-14 win over the Jaguars.

Gage caught six of seven targets for 62 yards and a touchdown in Sunday's 21-14 win over Jacksonville.

Ryan completed 19 of 29 passes for 190 yards, one touchdown and one interception in Sunday's 21-14 win over Jacksonville. He added six yards on four rushing attempts.

Patterson (ankle) rushed 16 times for 108 yards and two touchdowns in Sunday's 21-14 win over Jacksonville. He added two catches for 27 yards on three targets.

Jones (shoulder) is inactive for Sunday's game against the Jaguars, Tori McElhaney of the Falcons' official site reports.

Gets green light for Week 12

Patterson (ankle) is active for Sunday's game against the Jaguars, Tori McElhaney of the Falcons' official site reports.

The Falcons didn't elevate Ollison (illness) from the practice squad prior to Saturday's deadline for Week 12 roster moves, meaning he won't be eligible to play Sunday against the Jaguars.

Patterson (ankle) is a game-time decision for Sunday's game against the Jaguars, Ian Rapoport of NFL Network reports.