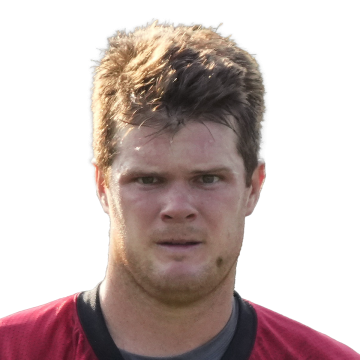 Darnold completed 23 of 34 passes for 304 yards in Thursday night's 24-9 win over the Texans. He also rushed eight times for 11 yards and two touchdowns.

Darnold found wideout DJ Moore early and often, setting up his untouched score on a five-yard keeper in the first quarter. The signal-caller then was forced to cope with Christian McCaffrey (hamstring) exiting the contest, stalling the offense a bit while he faced more pressure. Although Darnold fumbled twice while being sacked, Carolina fortunately recovered both times, and Darnold rallied to put together a strong second half that included a few big throws under duress. In the end, he was rewarded with a one-yard sneak for a touchdown, effectively icing the game with four minutes left. With six total touchdowns versus two turnovers through his 3-0 start with the Panthers, Darnold carries welcomed momentum into Week 4's matchup against the Cowboys.

Hubbard rushed 16 times for 61 yards and a touchdown in Sunday's 34-28 loss to Minnesota.

Ruled out with concussion

Marshall sustained a concussion during Sunday's game against the Vikings, Darin Gantt of the Panthers' official site reports.

Smith is active for Sunday's game against the Vikings, Joe Person of The Athletic reports.

Lead back for foreseeable future

Hubbard is expected to operate as the lead running back for at least the next three weeks after Christian McCaffrey (hamstring) was placed on injured reserve Saturday.

Another start on tap

Hubbard will be the Panthers' starting running back Sunday against the Vikings with Christian McCaffrey (hamstring) sidelined for a third consecutive game, David Newton of ESPN.com reports.

McCaffrey (hamstring) has been ruled out for Sunday's game against the Vikings, Joe Person of The Athletic reports.

McCaffrey (hamstring) isn't participating at the start of Friday's practice and thus appears unlikely to play in Sunday's game against the Vikings, David Newton of ESPN.com reports.

No participation at practice

McCaffrey (hamstring) was a officially a non-participant at practice Thursday, Darin Gantt of the Panthers' official site reports.