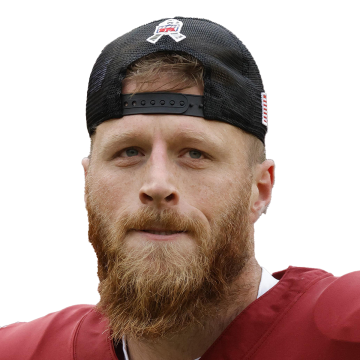 The Texans signed Slye to their 53-man roster ahead of Thursday's game against the Panthers.

Houston elevated Slye to the 53-man roster for the third time this season Wednesday, but his signing Thursday suggests he won't be immediately sent back to the practice squad following the matchup with Carolina. Even so, whether Slye remains Houston's kicker for the Week 4 game in Buffalo may hinge on the health of Ka'imi Fairbairn (leg). After opening the season on injured reserve, Fairbairn is first eligible to return Week 4, though it's unclear if he's made enough progress in his recovery at this point to take back kicking duties for Houston.