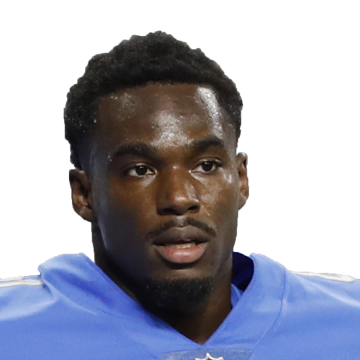 Primed for extended run as starter

Cephus is expected to draw his second straight start Sunday against the Ravens after the Lions placed Tyrell Williams (concussion) on injured reserve Thursday, Dave Birkett of the Detroit Free Press reports.

Cephus has served as the primary replacement for Williams on the perimeter after the latter entered the concussion protocol upon taking a helmet-to-helmet hit from the 49ers' Jaquiski Tartt in the Lions' Week 1 loss. After producing a 3-12-1 line on six targets in the season opener, Cephus found the end zone again in the Week 2 loss to the Packers while hauling in four of seven targets for 63 yards. Tight end T.J. Hockenson still looks like the Lions' top priority in the passing game, but Cephus might be the most fantasy-friendly option in a Detroit receiving corps that may have the poorest collection of talent in the NFL. With Williams out of the picture through at least the Lions' Oct. 17 game against Cincinnati, Cephus should at the very least benefit from heavy snap shares over the next three contests, even if his weekly target volume isn't entirely bankable.

Bottled up by Bengals

Williams rushed four times for 11 yards and caught his only target for minus-two yards during Sunday's 34-11 loss to the Bengals.

Back to double-digit targets

Hockenson caught eight of 11 targets for 74 yards during Sunday's 34-11 loss to the Bengals.

Goff completed 28 of 42 passes for 202 yards and one interception during Sunday's 34-11 loss to the Bengals.

Swift carried 13 times for 24 yards and one touchdown while catching five of seven targets for 43 yards during Sunday's 34-11 loss to the Bengals.

Williams (hip) is listed as active Sunday versus the Bengals.

Hockenson (knee) is active for Sunday's game against the Bengals.

Swift (groin) is listed as active Sunday against the Bengals.

Looks good to go for Sunday

Swift (groin), who is listed as questionable for Sunday's game against the Bengals, is expected to play, Ian Rapoport of NFL Network reports.

Hockenson (hip/illness), who is listed as questionable for Sunday's game against the Bengals, is expected to play, Adam Schefter of ESPN reports.

Expected to play against Bengals

Hockenson (knee), who is listed as questionable for Sunday's game against the Bengals, is expected to play, Adam Schefter of ESPN reports.