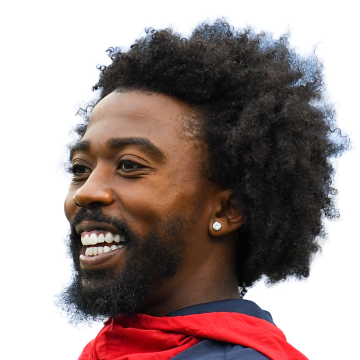 Officially out for Week 3

Taylor (hamstring) has been ruled out for Thursday's game against Carolina, Deepi Sidhu of the Texans' official site reports.

The announcement from coach David Culley comes as little surprise after Taylor sustained what's believed to be a Grade 2 left hamstring strain in Sunday's 31-21 loss to the Browns, per Aaron Wilson of Sportstalk 790 Houston. The injury typically carries a four-week recovery timeline, so Taylor could be a candidate to move to injured reserve, which would entail an absence of at least three weeks. Third-round selection Davis Mills will step in at quarterback for his first NFL start Thursday, while the Texans plan to elevate Jeff Driskel from the practice squad to serve as the rookie's understudy.

Lindsay rushed seven times for 39 yards and caught both of his targets for another 15 yards in Sunday's 31-3 loss to the Colts.

Johnson rushed twice for seven yards and caught one of two targets for 14 yards in Sunday's 31-3 loss to Indianapolis. He also lost a fumble.

Gets 20 touches in loss

Ingram rushed 18 times for 73 yards and caught both of his targets for another eight in Sunday's 31-3 loss to Indianapolis.

Plenty of volume in lopsided loss

Mills completed 29 of 43 passes for 243 yards and two interceptions in Sunday's 31-3 loss to the Colts. He added five yards on two rushing attempts.

Burkhead (hip) is active Week 6 against the Colts.

Amendola (thigh) is inactive Week 6 against the Colts.

Burkhead (hip/knee) is listed as questionable for Sunday's game against the Colts.

Watson (not injury-related) has been ruled out for Sunday's game against the Colts.