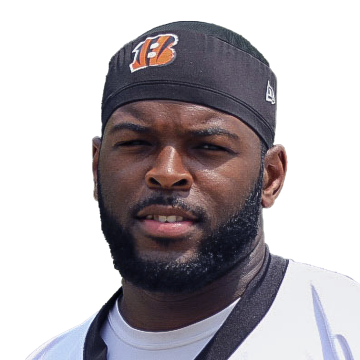 The 24-year-old is expected to make his NFL debut Sunday against the Packers, more than two years after completing his collegiate career at Oklahoma. Patrick, a former XFL standout, will provide a healthy option in a 49ers backfield that currently has Raheem Mostert (knee) on injured reserve, Jeff Wilson (knee) on the PUP list and JaMycal Hasty (ankle) already ruled out for Week 3. Additionally, Elijah Mitchell (shoulder) and Trey Sermon (concussion) are uncertain for Sunday, potentially paving the way for Patrick and Trenton Cannon to have sizable roles. If both Mitchell and Sermon end up being ruled out, the 6-foot-2, 228-pound Patrick could operate as the 49ers' lead option on the ground, while the 5-foot-11, 185-pound Cannon would be better suited for change-of-pace work. Patrick tallied 156 rushing yards and a touchdown on 31 attempts (5.0 per carry) during the preseason with Cincinnati.