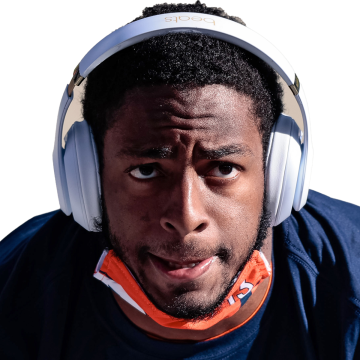 Hamler's disappointing performance Sunday does not reflect a lack of involvement in the team's offense. In fact, the speedy wideout played on 71 percent of the Broncos' snaps in Week 2, which was way up from 36 percent in the season opener. Hamler's increase in playing time was certainly expected with fellow receiver Jerry Jeudy being placed on injured reserve after suffering a high ankle sprain. The 2020 second-round pick was touted throughout training camp as being a versatile weapon for Denver's offense, but that just hasn't translated on Sundays yet. Although he is hard to trust from a fantasy standpoint, Hamler will look to get going in another favorable matchup when the Broncos host the Jets in Week 3.

Gordon (hip) is active for Sunday's game against the Raiders.

Should suit up Sunday

Gordon (hip), who is listed as questionable for Sunday's game against the Raiders, is expected to play, Ian Rapoport of NFL Network reports.

Boone (quadriceps) was activated off injured reserve Saturday and is expected to play Sunday against the Raiders, Mike Klis of 9News Denver reports.