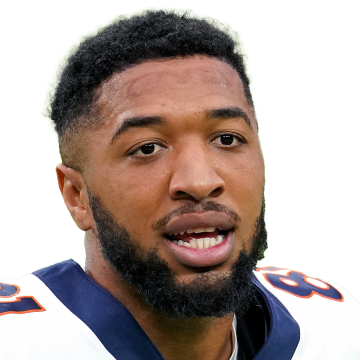 With fellow wideout Jerry Jeudy placed on injured reserve with a high ankle sprain, Patrick stepped in and played on 74 percent of Denver's offensive snaps in Week 2. The receiver's score was his second of the season, and it's clear that Teddy Bridgewater is building a strong chemistry with the veteran. Going forward, it is plausible to think that Patrick can continue to be an important part of the Broncos' passing attack, in turn making him an intriguing option in fantasy lineups while Jeudy misses time. The 27-year-old has the chance to build off this early season momentum when the Broncos host the struggling Jets in Week 3.

Bridgewater (foot) was unwilling to say for certain he will start Thursday against the Browns when asked Tuesday, Troy Renck of Denver 7 News reports.

Saubert secured three of his five targets for 23 yards in Sunday's loss to the Raiders.

Hinton caught all five of his targets for 37 yards in Sunday's 34-24 loss to the Raiders.

Denver lists Fant as a limited participant on Monday's estimated practice report due to a foot injury, Aric DiLalla of the Broncos' official site reports.