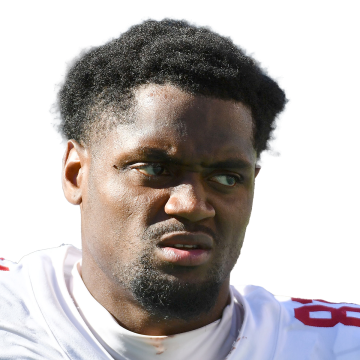 Sherfield had one reception (three targets) for nine yards in Sunday's 17-11 win over the Eagles.

Sherfield had a strong debut with San Francisco last week, and he was rewarded with a bump up to third on the depth chart (34 percent of offensive snaps). The 25-year-old showed some promise during the preseason, so he is a name that could surface in the future if a larger role on offense opens up. Currently, Sherfield won't see the kind of volume necessary for most fantasy managers to rely on.