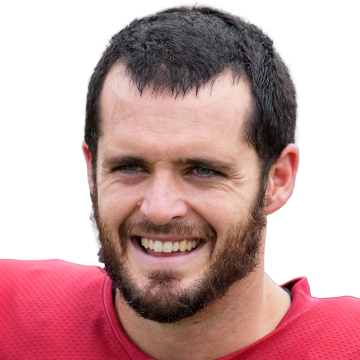 Coach Jon Gruden called Carr "questionable" but also said, "I think he's going to be able to play." Carr spent some time on the ground after taking a hard hit during Sunday's 26-17 win over the Steelers, but he managed to stay in the game and lead Las Vegas to a second straight win, which could bode well for his chances of avoiding any missed time. With Marcus Mariota (quadriceps) on IR, Nathan Peterman would stand to enter the starting lineup if Carr is forced to spend time on the sideline. On the other side of things, Dolphins quarterback Tua Tagovailoa (ribs) is day-to-day.