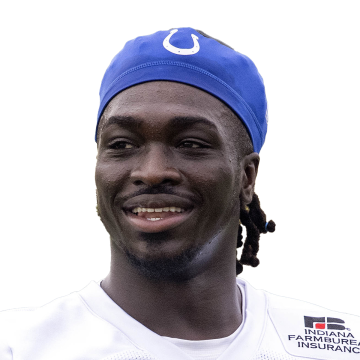 Dulin had one reception for 10 yards and recovered a botched punt attempt for a touchdown in Sunday's loss to the Rams.

Dulin started in the slot and played 25 snaps on offense as he saw an increased role with Parris Campbell sidelined with an abdominal injury. He worked as the third and fourth wider receiver with Michael Strachan playing 33 snaps on offense. Dulin's primary value is on specials teams as he showed when he recovered a punt attempt that had a bad snap near the opponent's end zone.